As the weather heated up over the last 6 days so did the racing by Skerries AC athletes young and old.  First up was John Fanning competing for his school Blackrock College in the 1500m Steeplechase at the Tailteann Games. The Games were held in the Morton Stadium, Santry on Saturday June 23rd . John ran a superb tactical race to win the race and secure his selection for the Irish Team that will compete in the SIAB Track and Field Championship, Grangemouth Stadium, Scotland on July 21st.  We wish john the best of luck in Scotland.

Next up that evening were our Masters competing in the Dunsaughlin 10K, conditions were hot but so was the racing with David, Keith and Kevin finishing in times of 37.16, 36.22 & 35.30 respectively in what was a very competitive 10K field. As the temperatures got progressively hotter as the days went by, Dunsaughlin proved to be only the warm up race for some of our Masters. Keith and Kevin were back in action 5 days later on July 28th to compete in the Docklands 5K. As weather temperatures peaked, this time would be different with the cool racing head of Olive joining Keith and Kevin to compete as a mixed team in the race. The Team came in 3rd in the mixed team category out of 38 teams. Although that did not tell the whole story as the individual results were to yet to be declared. They did not disappoint with Olive first in her age category in a time of 21.28 with Keith and Kevin both second in their categories with times of 17.35 & 17.12 respectively. The cool presence of Olive had worked wonders in what was an arena of hot competitive racing. With only 6 days into our mini heat wave what will the rest of the summer bring for our young and old athletes!

Thanks to Orla and Brenda for support and photos. 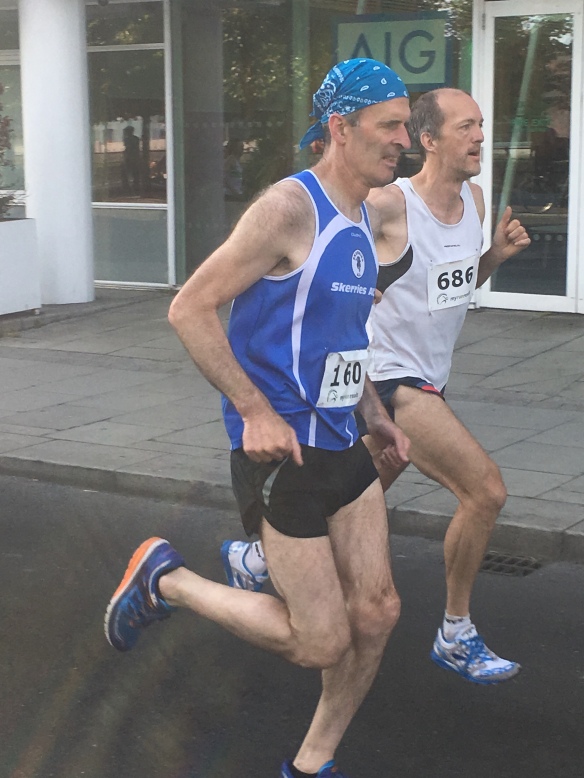