Congratulations to the coaches who competed in the Dublin Marathon today. Outstanding performances by David, Treabhor and Niamh. It’s great for our young athletes to have such role models.

To all our young athletes enjoy the rest of midterm. Have fun but stay safe over Halloween. 🎃🎃🎃

The Dublin Juvenile Cross Country Championships took place in Abbotstown on Sunday morning, with athletes competing at U/10 right up to under 18. The Dublin Championships is always a big step up in standard compared to the Cross Country leagues, with the Championships providing an opportunity for our athletes to qualify for the National Cross Country Championships in November. As always all our athletes did their club proud performing very well. A special mention must go to the following; Tom Walsh Boys U10 who smiled the whole way round the course (we love your attitude) and Emer Fanning 10th Girls U10.  Then we had our Under 12 athletes and older hunting the National Championship qualification places with the following securing their selection:  U12 Girls: Shauna Prior 3rd (Bronze Medal) & Aoife Curley 6th; U14 Boys: Lorcan Devine 9th: U15 Girls: Ruby Pereira 10th & Lottie Simons 11th, Boys U16: John Fanning 2nd (Silver Medal); Girls U18 Mairead NiChleirigh 6th.

Following the Dublin Juvenile championships in the morning it was the turn of our Junior, Senior & Master Athletes. Eibhlin took part in her first junior women’s cross country race which was part of the senior women’s race. Having come through the Skerries AC Juvenile ranks she did as always put in a solid performance in a strong field in the junior women.

At a senior and master level, huge congratulations must go to Ciara Durkan & Keith Downey. Ciara continues her fine form since her win in the Rathfarnham 5K to take 5th place overall (3rd Irish woman) in the senior women’s Autumn Open Cross country race in a time of 21min 12sec. We wish Ciara well as she prepares for the National Cross Country Championships in November, which will act as the trials to select the Irish women’s team for the European Cross Country Championships in Slovakia.

Later Keith & Kevin competed in the Senior & Master Men’s Race. The race also acted as the trials to select the Irish Masters Women and Men’s teams across a variety of age groups for the forthcoming  British & Irish Masters International Cross Country Race in Derry on November 18th.  Teams competing will be Ireland, England, Scotland & Wales. Keith finished as the 4th over 50 in the race and made automatic selection for the Team Ireland over 50 category. Congratulations to Keith on obtaining his first Irish vest.
Thanks as always to the coaches for preparing the athletes for the competition and to those who were there to give that final bit of guidance and support. To all the parents who came as well to support, particularly Philip, Eilish, Brian & Brenda who acted as stewards on behalf of the club. Most of all to all our young and not so young athletes, who work so hard in training, and represent the club so well. 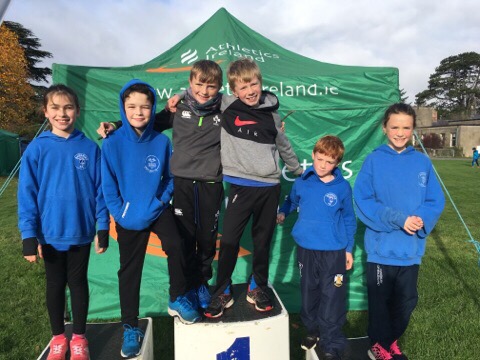 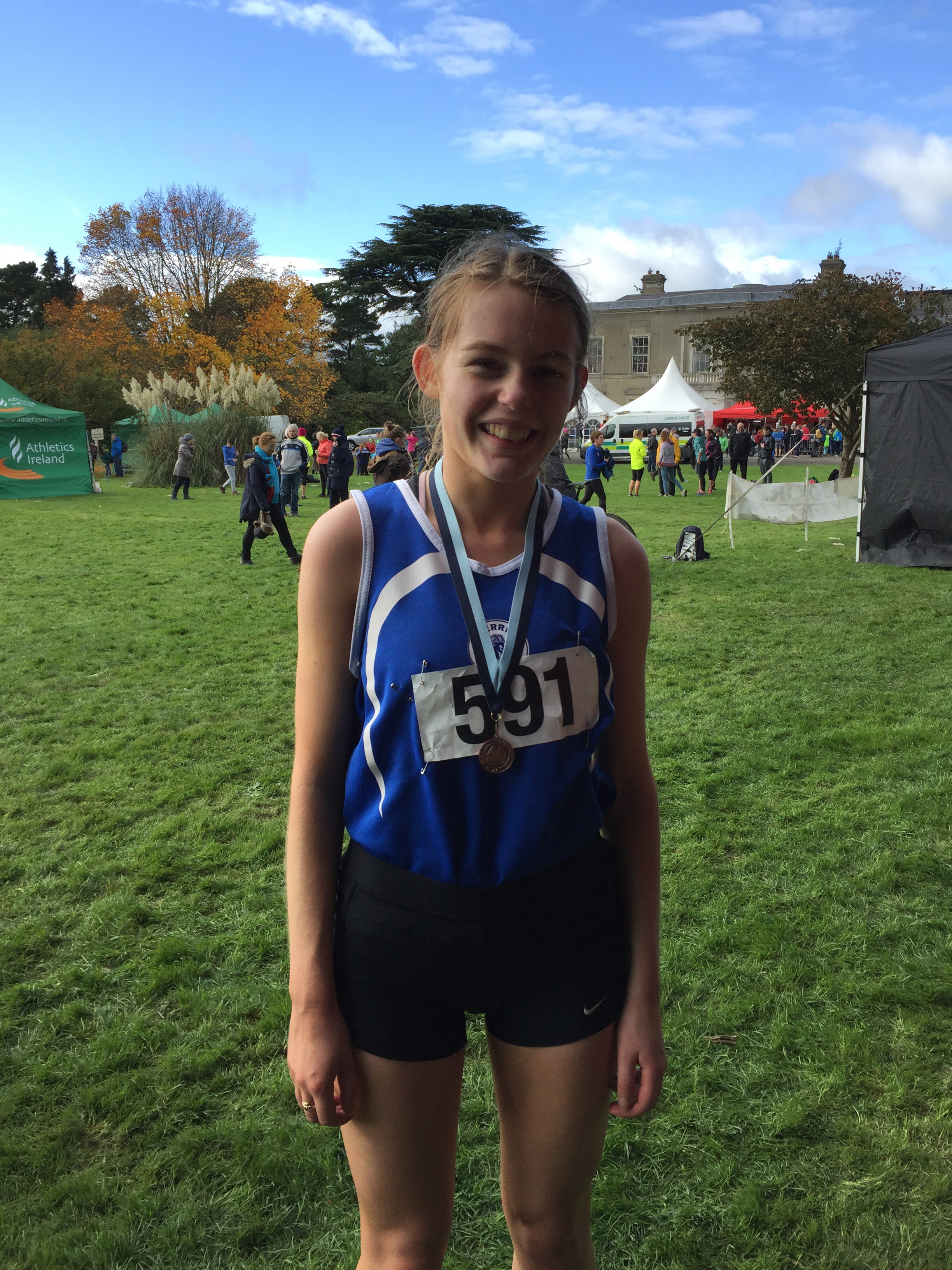 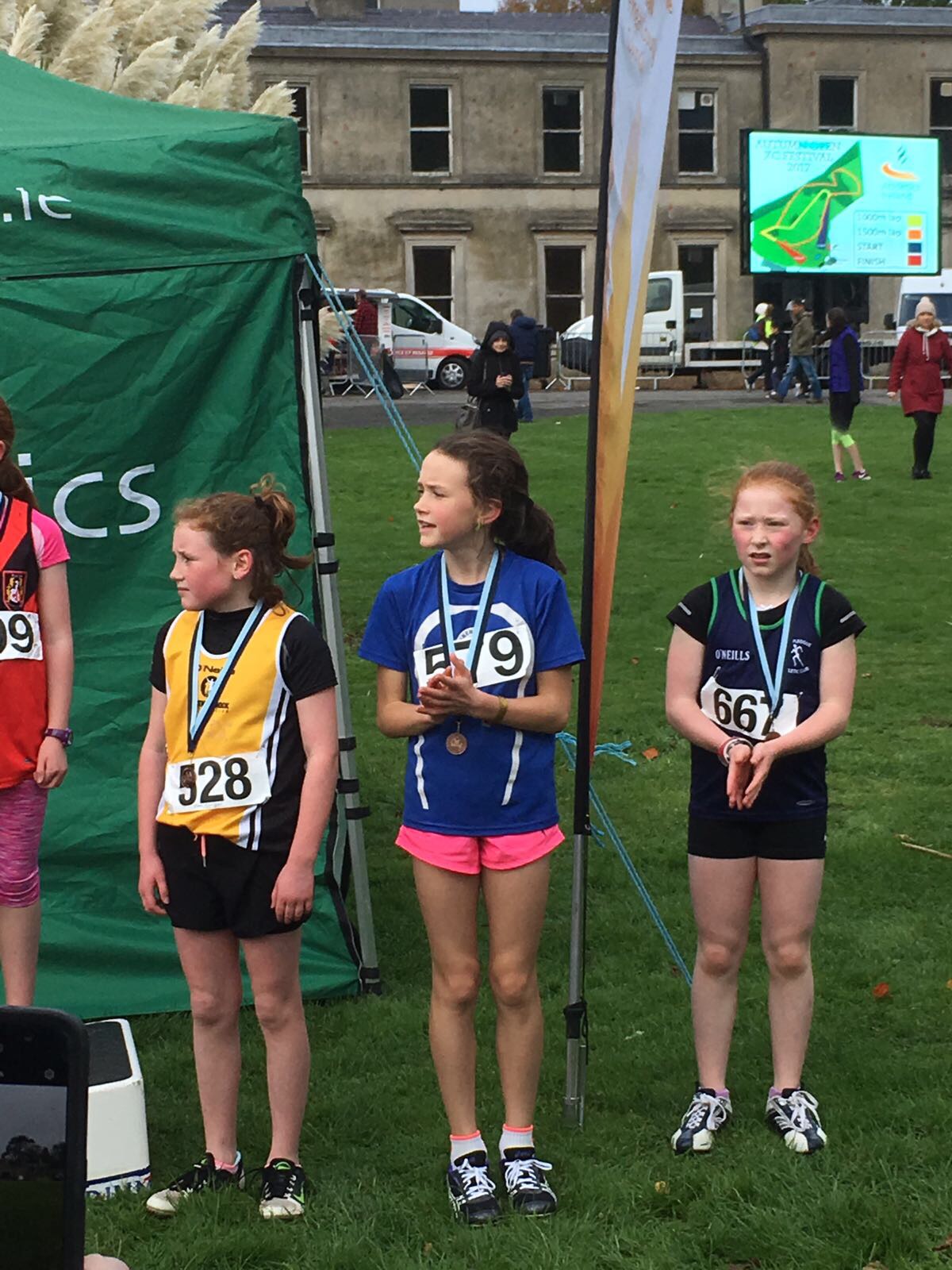 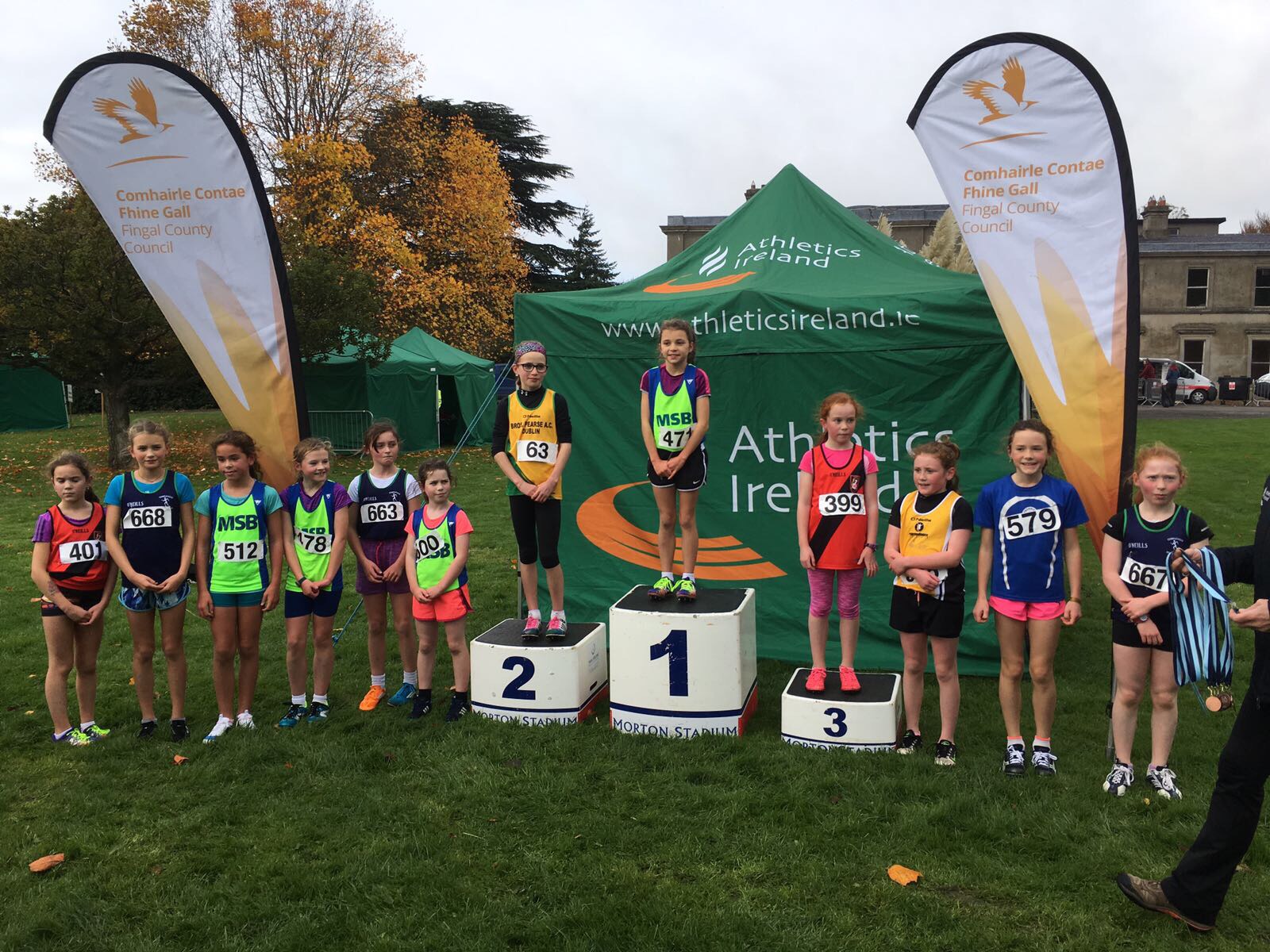