When most of us are beginning to look forward to a few peaceful days off over Christmas, some of our intrepid athletes were up early this morning for a long drive to Waterford for the Uneven Ages National XC Championships. It is a phenomenal achievement to make the National Championships and all had solid runs. Well done to our Boys U15 team, Lorcan, Hugh, Josh, Altan and Ben, and Girls U17 team, Lottie, Anna, Kerrie. Wishing Ruby speedy recovery from injury.

Special mention has to go to our two U11 athletes, Shauna and Aoife. It is the first year they have been old enough to compete in the Nationals. They performed outstandingly (having prepared consistently in training all season). Shauna finishing 9th and Aoife close behind in 12th both receiving individual National Medals.

We are so proud of all our athletes. Thanks as always to the coaches and parents for support. 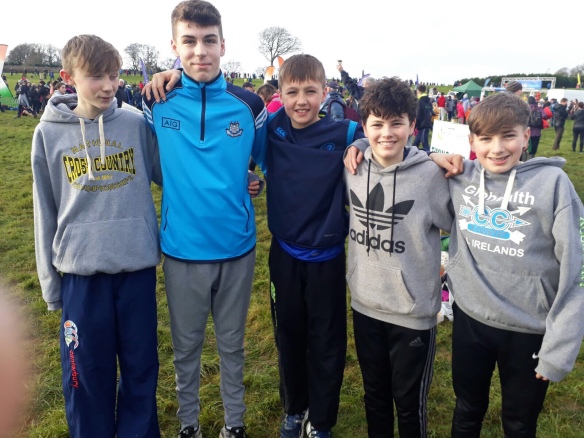 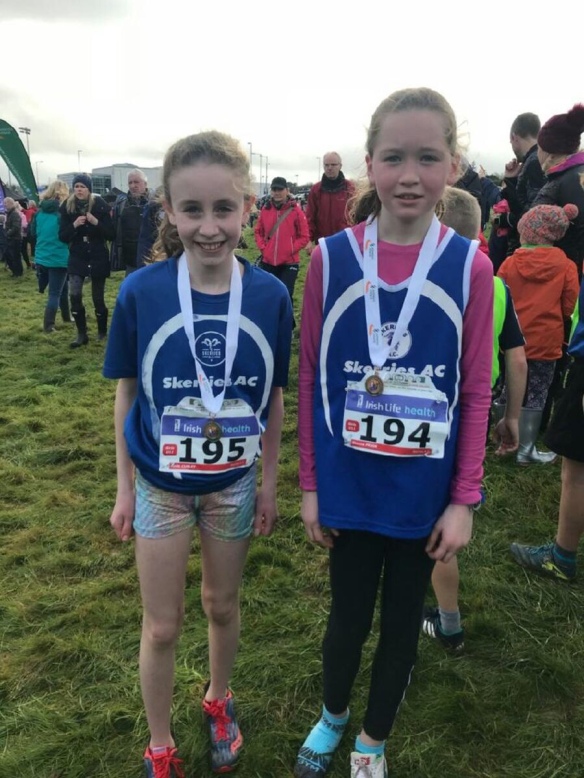 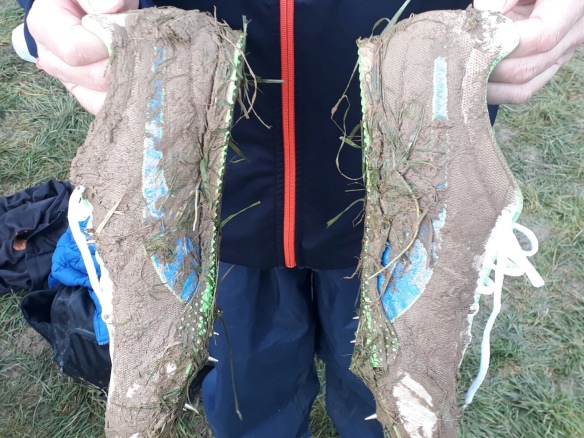 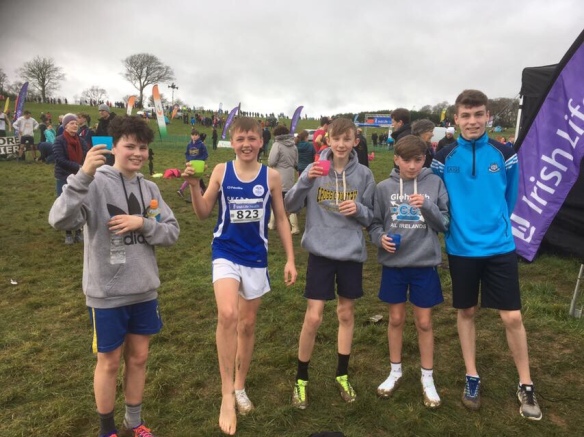 A great night was had on 15th December when the whole club came together to celebrate the achievements of all Skerries AC athletes over the past 12 months. We recognised the achievements of athletes, some whom competed for the first time this year, and those who have trained with us for years and represented the club on many occasions. We also thanked our coaches for the time and commitment they give to the club in supporting our young athletes, and parents for their continued support. We were delighted to welcome Ciara Durkin (long time club member and European Cross Country Team Bronze Medalist) and Isabel Carron (also long time Club member, currently on Athletic scholarship at North Carolina State University) to present medals and awards to athletes. As well as presenting Dublin League awards, Dublin Cross Country Awards, and National Medals the following Club Annual Awards for 2017 were presented.

At the end of the evening we held our Christmas Raffle. Thanks to the following who donated prizes. Your support is much appreciated.

WISHING YOU ALL A PEACEFUL BREAK OVER XMAS, AND WE LOOK FORWARD TO A SUCCESSFUL YEAR OF ATHLETICS DURING 2018

Well done to all who braved the cold to compete in the Xmas Cake Run last Sunday. A great morning as always. Congratulations to Aoife who won the cake in the younger group and Shauna the runner up, and Lorcan who lead home the older athletes closely followed by Josh. Thanks as always to Joanne for organising the prizes. Well done to all the athletes who put in so much hard work all year round. Thanks to the parents for supporting and supplying much needed sweet treats and hot chocolate for afterwards. Especially Pam for the hot sausages (which has to become a tradition). Finally the coaches, for always being there to encourage and support. 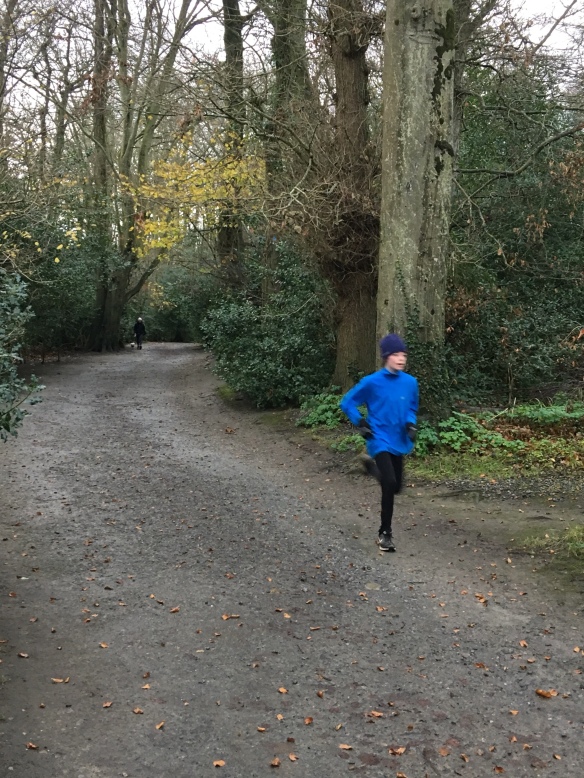 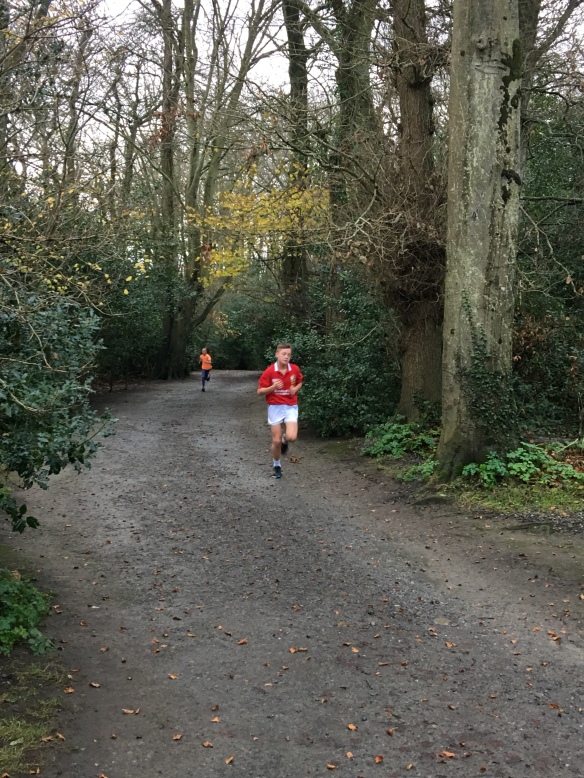 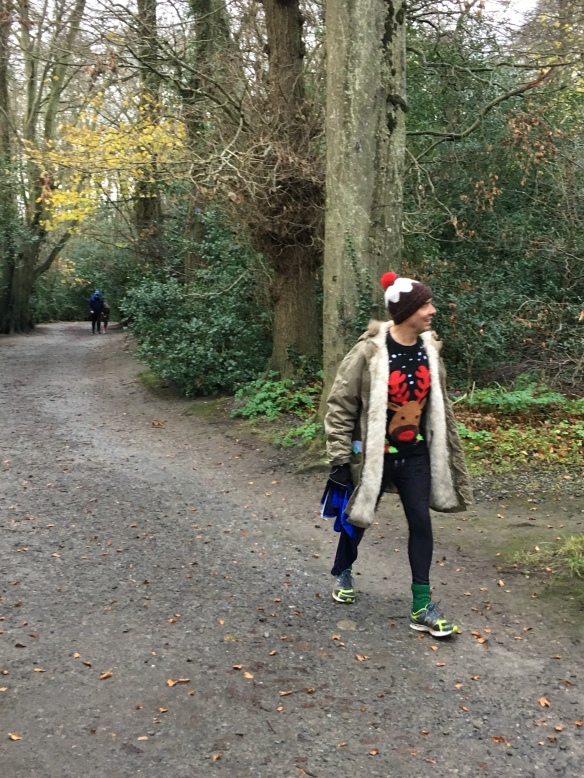 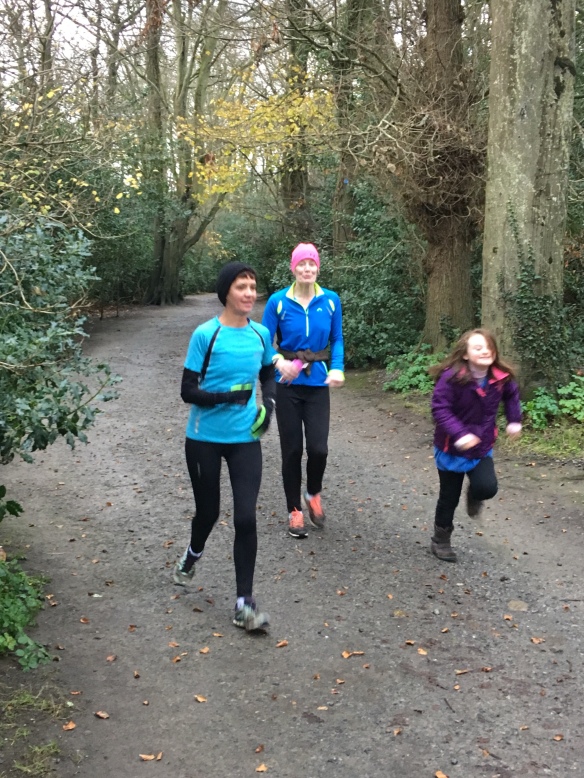 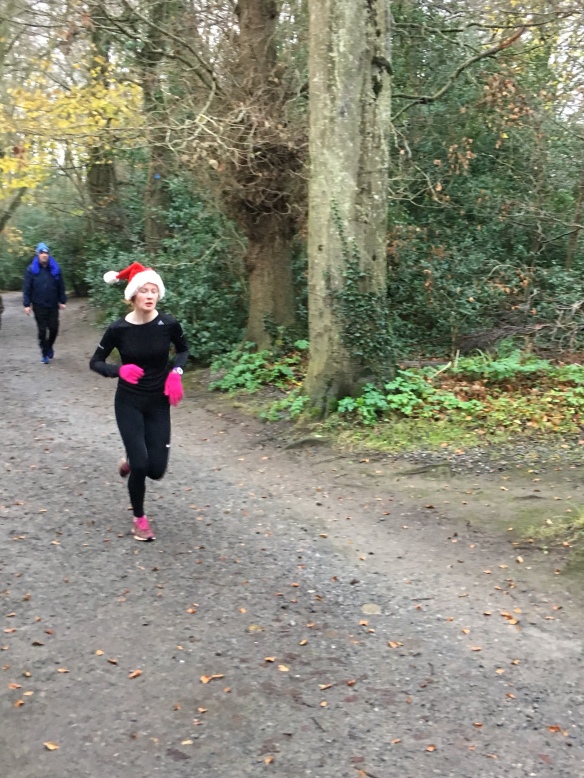 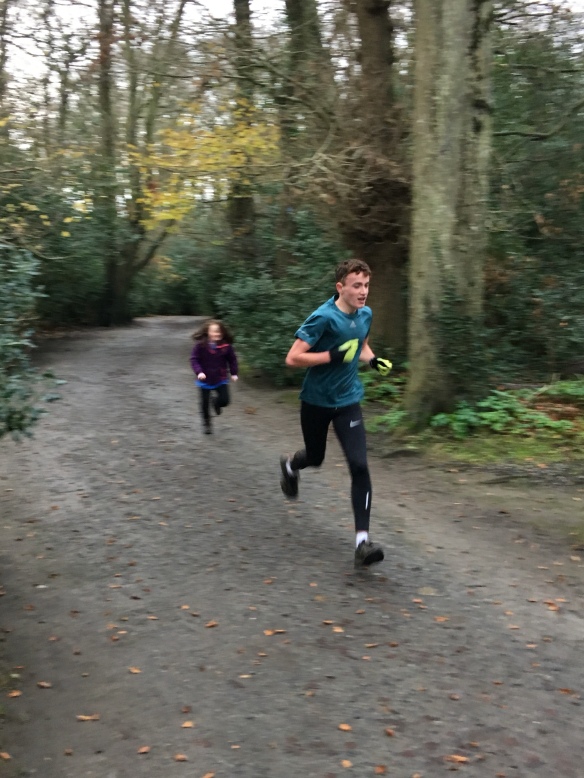 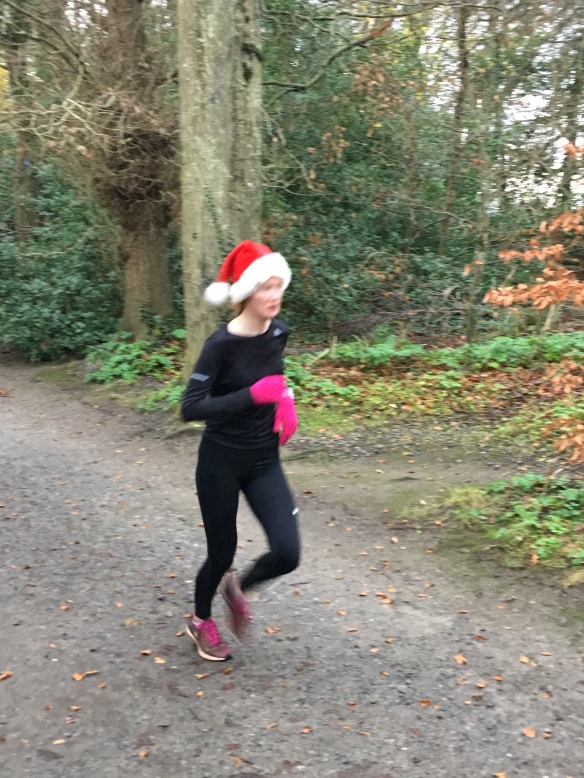 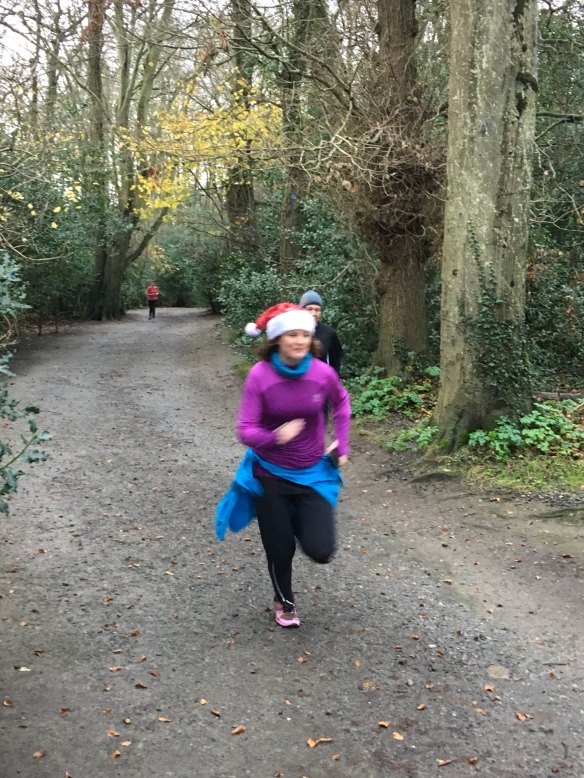 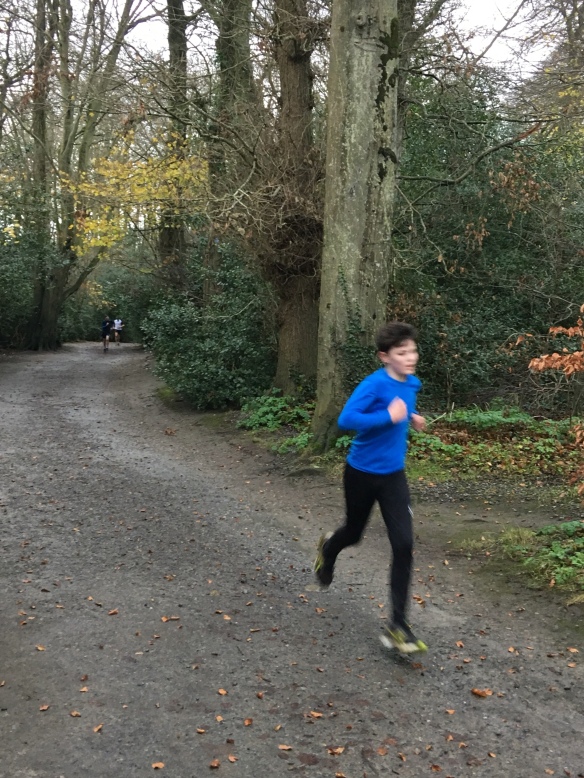 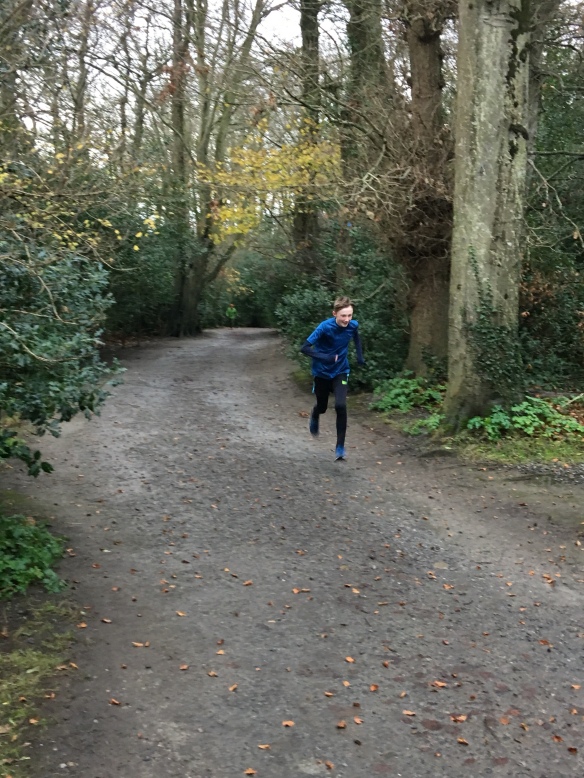 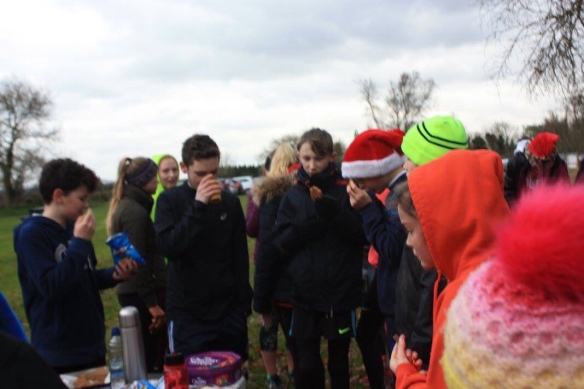 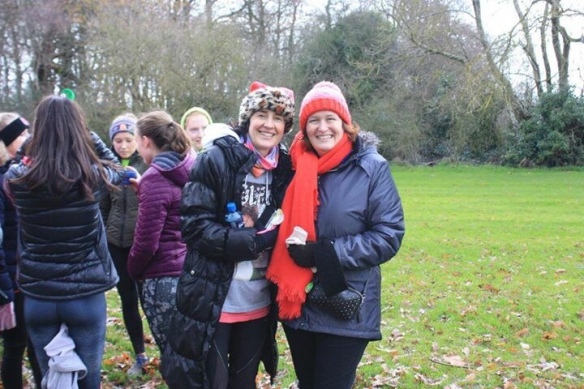 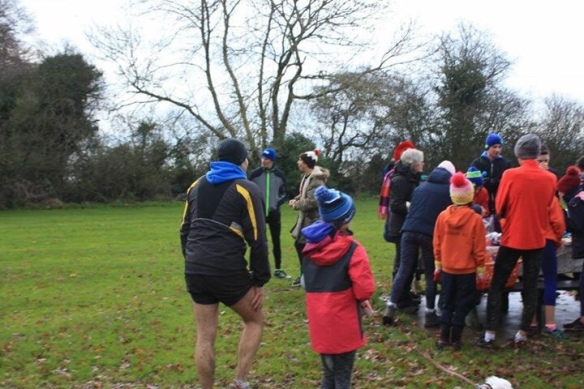 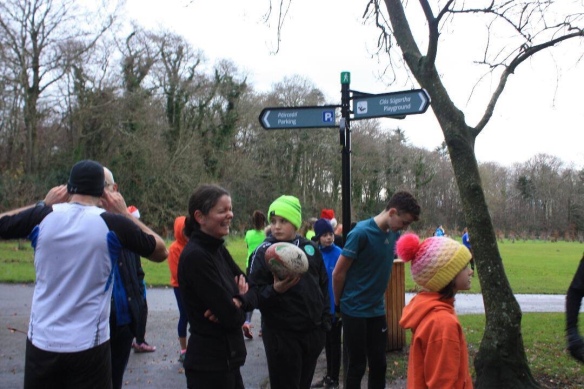 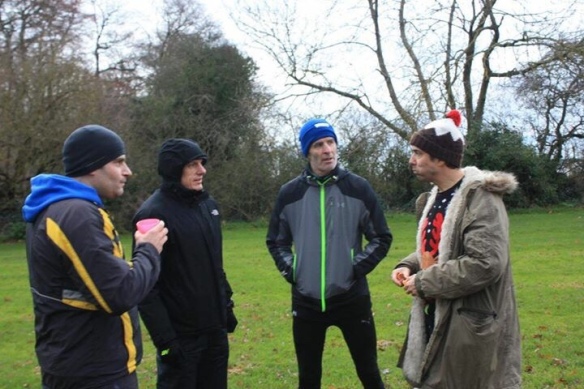 Yes it’s that time of year…

…the most competitive race on the Skerries AC calendar THE XMAS CAKE RUN in Ardgillan this Sunday (10th Dec) 10.00 sharp. Meet in usual place by the bench. All the athletes who usually train in Ardgillan are invited to battle it out for one of Joanne’s Cakes. We then meet up in the top field (by the car park) for Hot Chocolate and Treats. Parents please bring a flask of hot chocolate, a few mince pies, cakes etc for our hardworking Athletes (and Coaches). Athletes dress appropriately for the weather, and plenty of warm clothes for after the race. Obviously Xmas hats essential.

A cold damp start did nothing to curb the enthusiasm of our athletes this weekend. The venue was Tymon Park for the last round of the Dublin Cross Country League. A very strong turnout of our junior athletes created a great atmosphere at the startline. A team walk of the course showed that conditions were very heavy under foot and with plenty of mud and undulating terrain this was going to be a real cross country course.

First up the u9 girl’s with Keren and Holly competing. A fast start down into a tight bend meant that the field was quickly strung out. Keren showed her experience by timing a late burst to finish 5th, making up a lot of places in the last 60 metres. Holly coped well with the difficult conditions but unfortunately couldn’t complete the course after she got an elbow in the tummy, which winded her.

A big turnout in the u9 boys with Conor D, Conor C, Jamie, Dylan, Theo and Michael. Jamie made the early running with an electric paced start through the downhill. 400 metres in Dylan made his move. He forsook the high ground, dropping down into the off camber bank and sprinted to the head of the pack. Across the tough uphill finish he managed to hold onto most of the places, finishing very strongly in 7th. Dylan was closely followed by the rest of the guys with all finishing in the top 20. Next up was Aisling in the u10 girls. She showed excellent tenacity over the heavy course, finishing very strongly on the uphill.

Another big turnout in the u10 boys with Ben, James, Joseph, Kyle and Joe. Ben maintained the strong form that he has shown all season timing a good late move and finishing 7th. The rest of the guys were hot on his heels. Shauna was the sole Skerries participant in the u11 girls. Like Ben she maintained her excellent form and finished 6th.

With no U11 boys this week next up were the u12 girls. After an excellent start, the wheels almost literally came off for Keva as she lost a shoe in the deep mud. Not to be put off, she carried on with just one shoe. An early break by Laura was reeled in by Nicole and there was nothing to separate them on the line. They were quickly followed by Aoife and Ailbhe and just behind them was the one shoed Keva, who got a big cheer from the crowd.

Cillian and Darragh ran in the u12s and finished very strongly. Cillian had to fend off some very vigorous elbowing from an opponent as the jostled in the finishing straight. Cillian stayed strong and prevailed.

Altan ran in the u14s finishing 9th. The u15 and u16 boys races were amalgamated so Skerries had three athletes to cheer for with Ben, Joshua and Conal running. Joshua finished an excellent 3rd, with the other two finishing strongly well inside the pack. It was a long day of standing around for Anna before she ran in the u17 girls, the last race of the day, Anna finished strongly in 5th place.

The coaches were really pleased with the big turnout on such a miserable morning. Spirits were high as a result of the team support and this translated into some excellent running. We would like to thank the parents for their support this morning and all the way through the season

Thanks as always to the coaches for preparing the athletes and to those who were there on the day to give last minute advice and support.  Thanks to Michael for a fantastic summary of the day and photos. 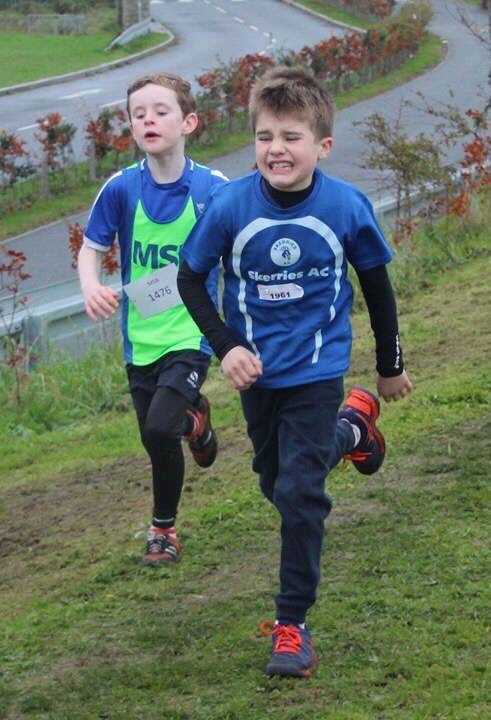 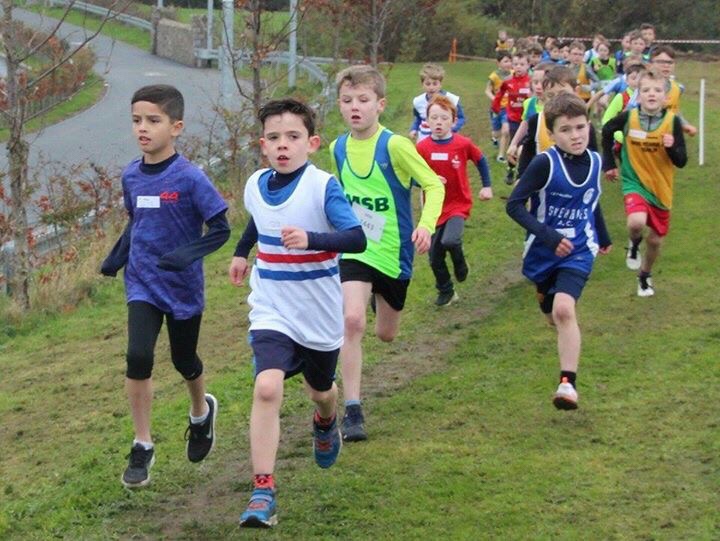 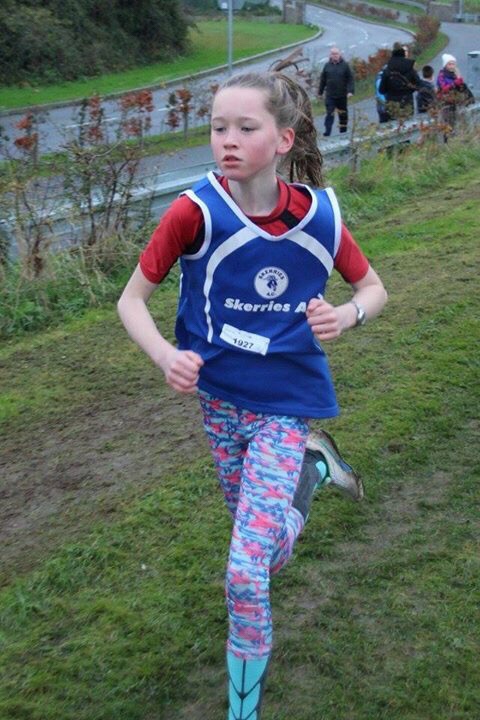 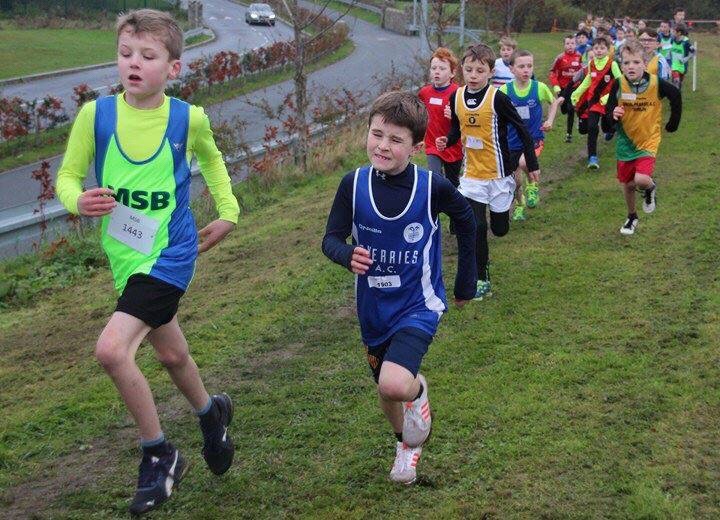